–       Commissioned by the British Council and the Royal College of Art

Changsin-dong, a district of Seoul city center, has production systems that can make garments at very high speed to match the fast fashion circulation in the ultra-modern Dongdaemun fashion retail district. However, the size of most garment factories in Changsin-dong are small, and depend only on minor skilled workers. Changsin-dong is the backbone of the Dongdaemun fashion retail district, but it is in decline, in terms of both its size and the quality of its products.

The project was initiated to improve Changsin-dong’s production method towards a comprehensive manageable production system and to propose a better manufacturing environment and sustainable creative operation for its ‘unit factories’.

This is a spin-off exhibition project,  a collaboration between the UK and Korea as a part of the Seoul Biennale of Architecture and Urbanism. Korean and British artists, including architects, urban researchers, fashion designers, and video artists, have sought a solution to issues by involving local government stakeholders and international networks.

Curated by Stephanie Seungmin Kim and Isak Chung, the project focuses on the human resources of the garment factories in Changsin-dong and urban organisational collaboration. The process and results of all the collaborations were shown in the exhibition and maintained an archive. They played a role in offering the potential for the development of the garment-producing industry. 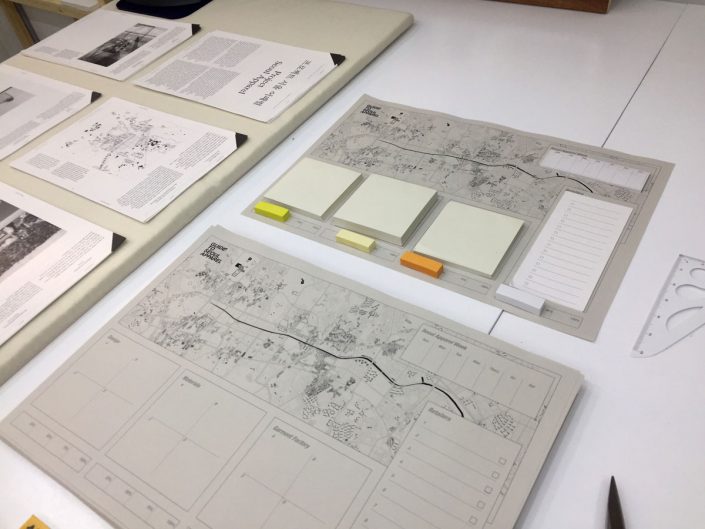 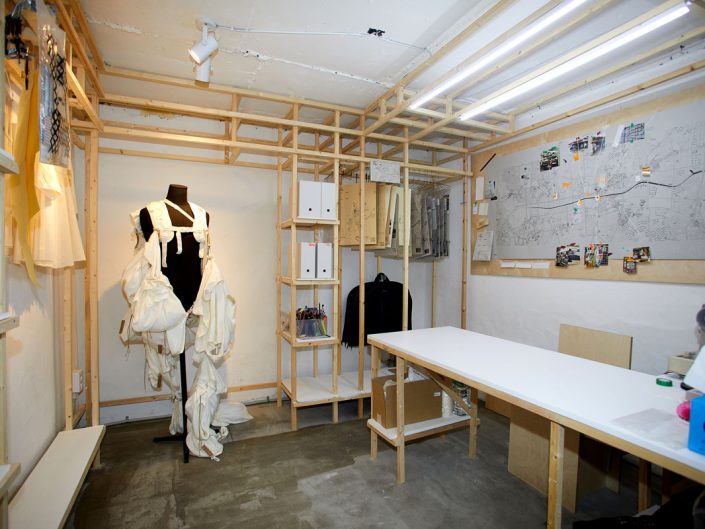 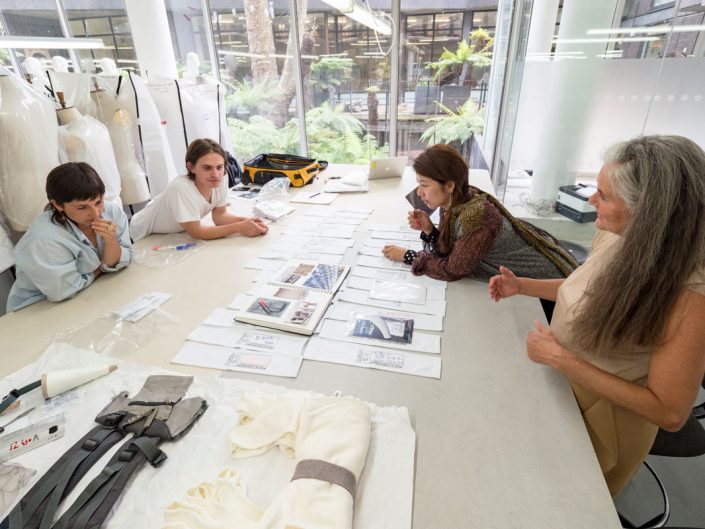 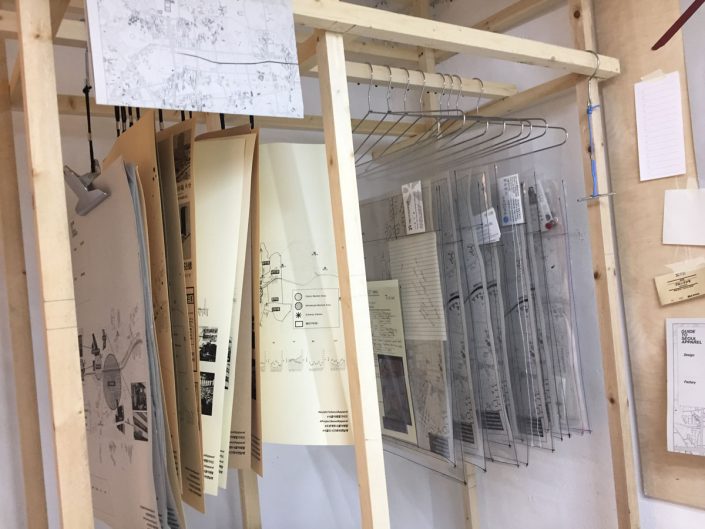 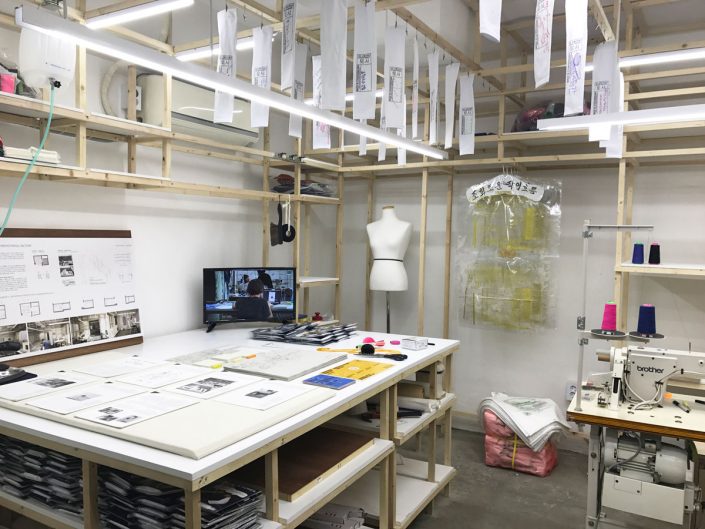 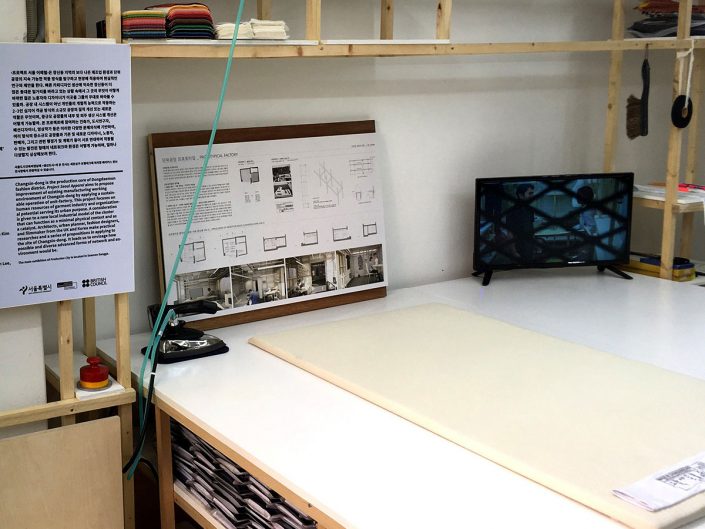 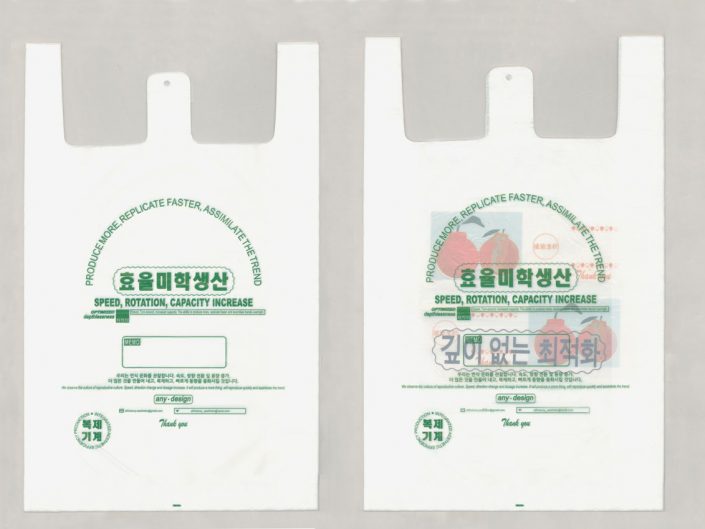 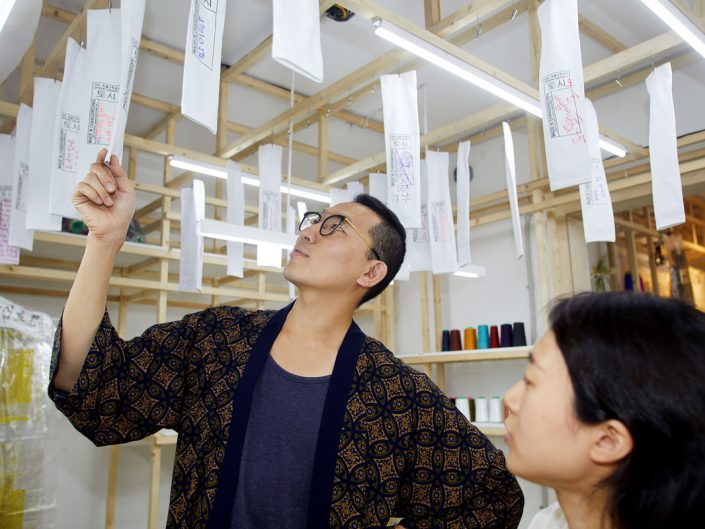 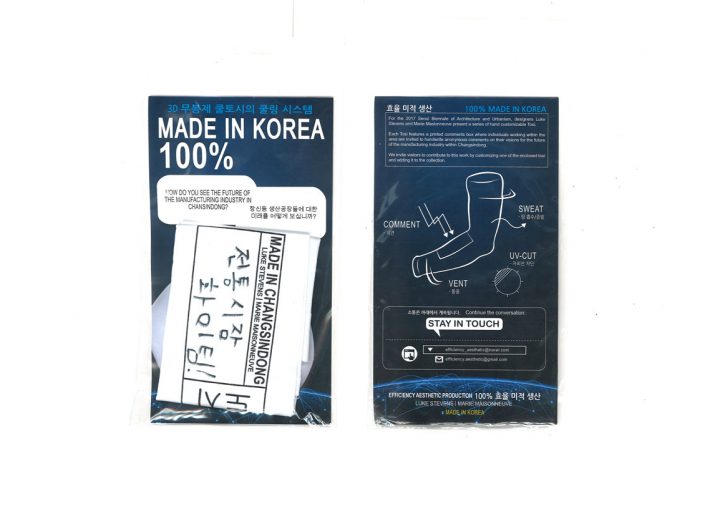