–    Sponsored by: SONY, Ministry of Culture, Sports and Tourism, Nonghyup

Arad’s interest was seen as representing the conversation between art and science for the first edition of the festival. Arad’s interest in the history of printing, the demonstration and significance of pre-Gutenberg metal type Jikji, prompted his interest in participating in the exhibition.

Ron Arad was commissioned to work on an aspect of the event which would ultimately become its visual symbol, so he presented a design that a diverse range of  international audiences could easily and comprehensibly understand.

Ron Arad said ‘I have chosen to celebrate it by creating a pavilion that is like a book that’s been opened and is being pushed down onto a flat surface. The thickness increases where the pages fan out, and the metal binding of the structure is derived from a traditional spine.’ His Pavilion perfectly matched with the atmosphere of the whole exhibition, and helped to attract the attention of many people around the world. 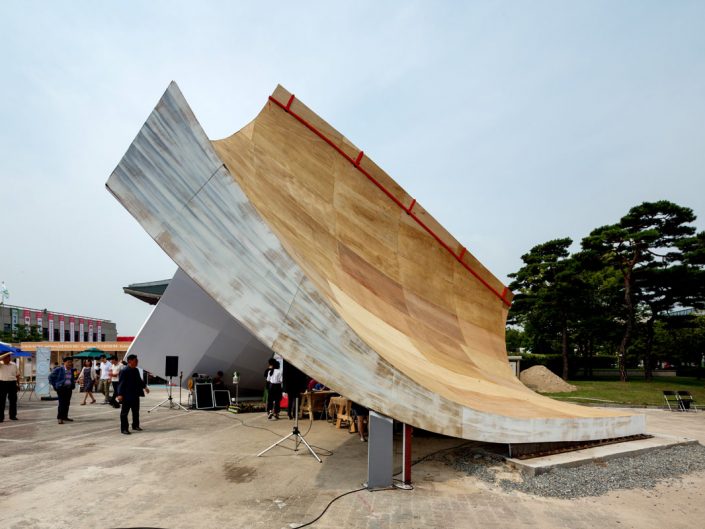 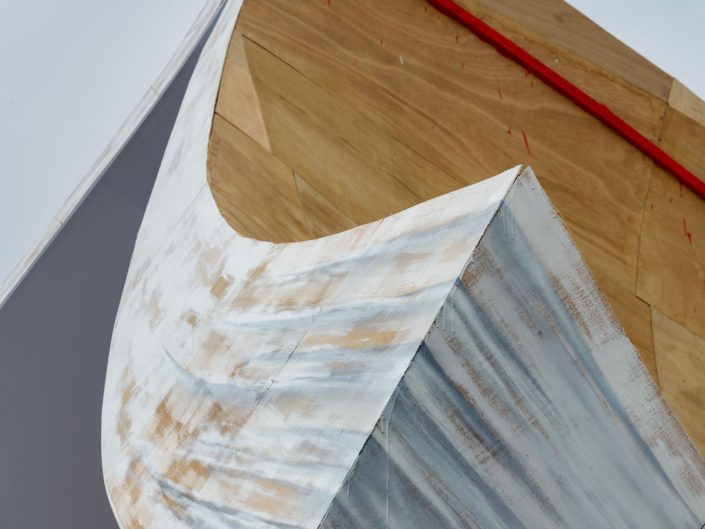 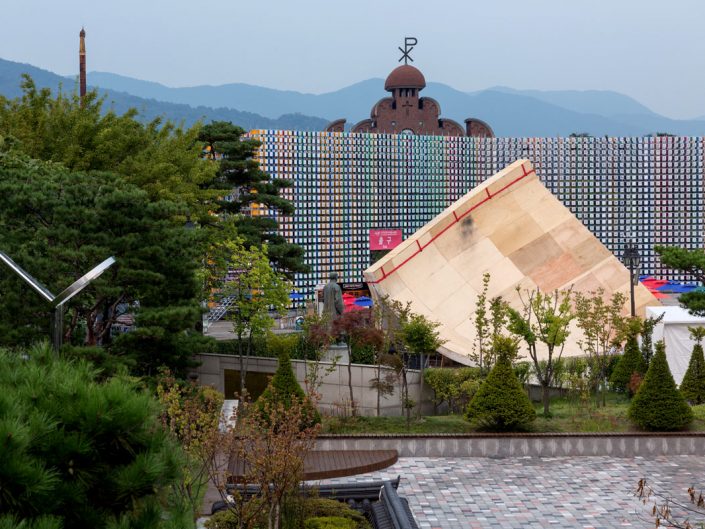 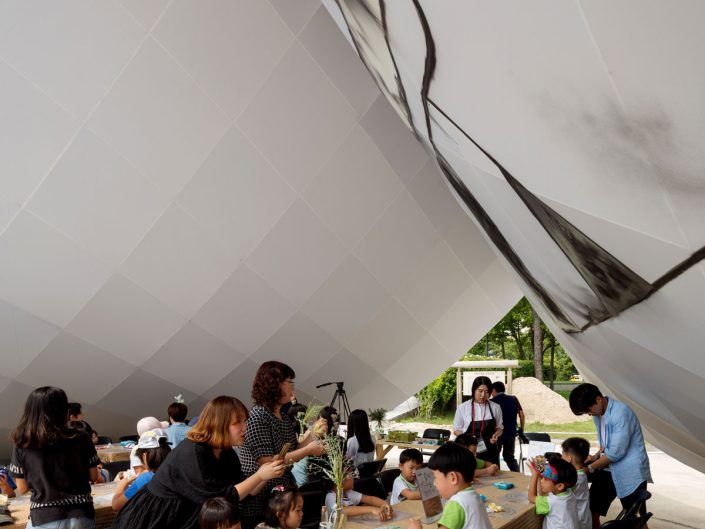 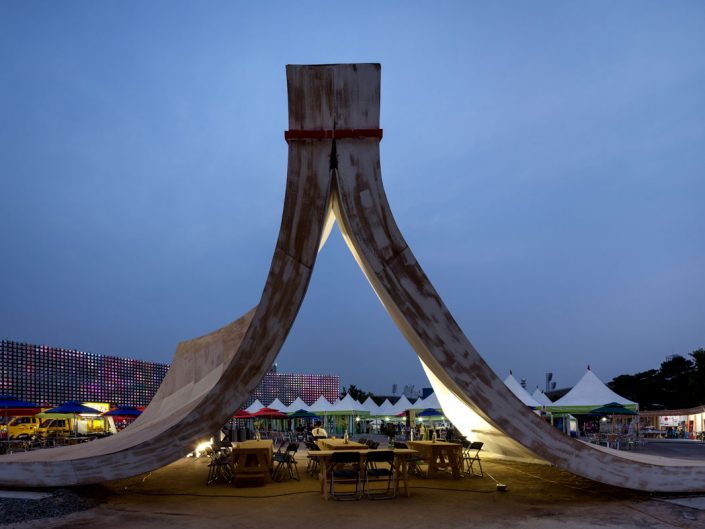 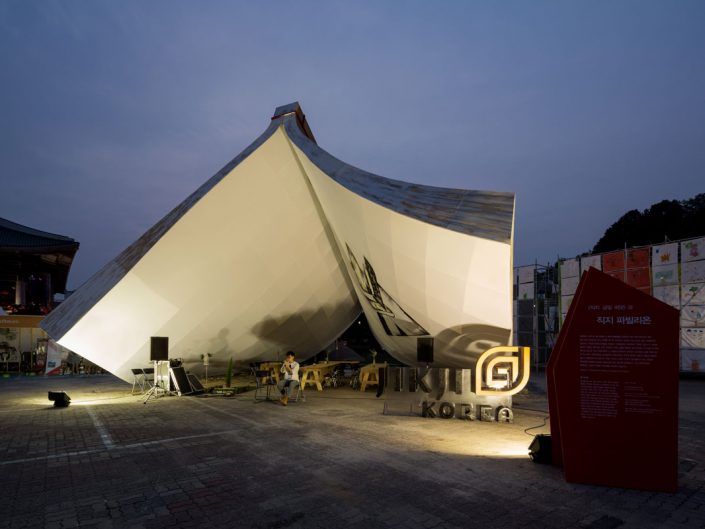 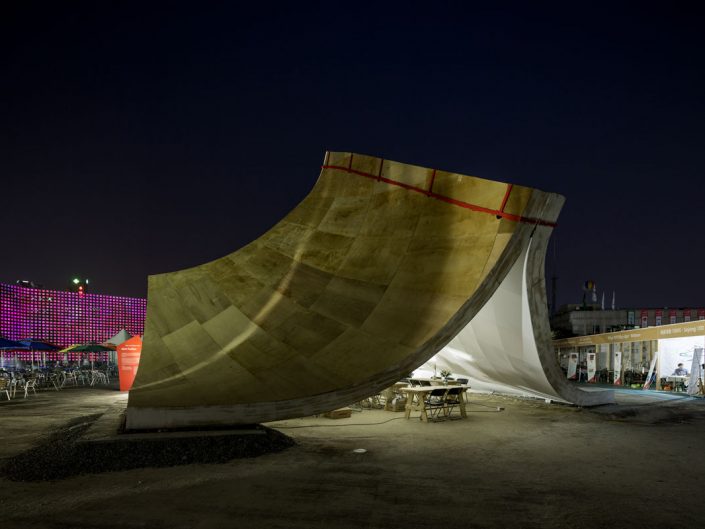 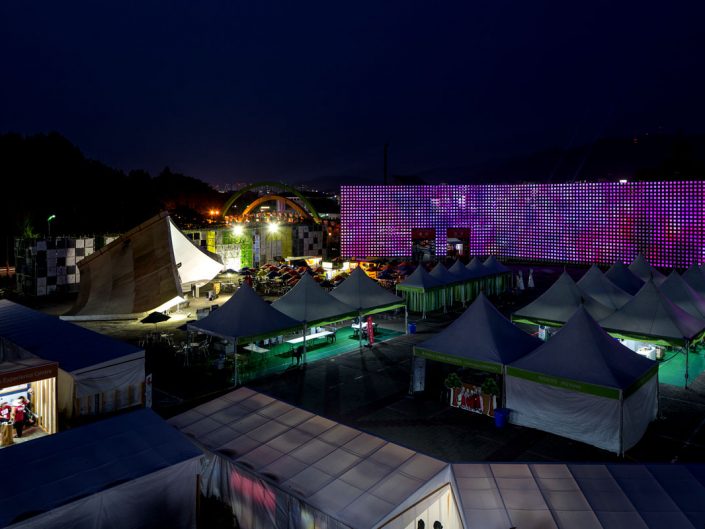