Centred around and inspired by the Korean writing system Hangul, this exhibition focuses on the pivotal role Hangul has played in Korean culture, thought and history. The title “Hangul = Spirit” reveals the many layers inherent in Hangul, representing how Hangul has functioned as a unifying thread connecting us with our past whilst at the same time continuing to offer an insight into the identity of the Korean people. The spirit of Hangul therefore also encompasses the central characteristics of empathy, love and generosity. The artistic adaptation of Hangul by these four artists, in terms of their experimentation, re-inscription, re-shaping and re-contextualization of the medium of language is therefore the focus of this exhibition.

AHN Sang-Soo (Typographic Designer) is a leading figure in Korean typeface development and typographic design. He is most famous for his invention of new, radically high impact typefaces which break away from the inherently limited, traditional square typeface of Hangul: in celebration of this a new font now bears his name. AHN is the 1998 recipient of the Grand Prix of Zgraf8, and the 2007 Gutenberg Award from Leipzig, Germany. He regularly travels abroad to lecture on his projects and to promote Asian Design developments and ideas.

CHUN Kyung-Woo (Photographer) is a photographer of intense portraits who has shown his work to great acclaim across Europe. CHUN takes the photographer’s art of using time and light to create highly individual, informative and creative portraits. The technique of painting with light extends the length of time for each exposure from fractions of a second to minutes, in which time a calligraphic script is written in light. By prompting the calligraphers to write their ‘perfect’ calligraphy with a light pen for the duration of the exposure, Chun is encouraging us to contemplate our own personal relationship with time.

KIM Jong-Won (Calligrapher) is one of Asia’s leading Calligraphers. KIM has received awards for Excellency from both the Japanese and Chinese Institutions for Calligraphy. KIM’s Hangul calligraphy work evokes the basis of the creation of the Hangul vowels where ‘·’ represents heaven, ‘ |’ represents an upright human, and ‘—’ represents the earth: the earth, the sky and humankind are the basic elements in the oriental view of the universe. Beginning with these three elements and understanding the relationship between the calligrapher and the brush each stroke becomes an emotional expression; this representation of emotion therefore takes on a greater meaning than the character that is written.

LIE Sang-Bong (Fashion Designer) is a multi-talented international designer who has become a cultural icon in Korea; with the application of traditional Korean culture within his designs his work has contributed to a greater awareness of Korea and as such he is a mainstay of the ‘Korea wave’ that has spread throughout Asia. In 2010, to assist with Seoul’s appointment as the ‘World Design Capital’, LIE

Sang-Bong will be the official Cultural Ambassador to the city of Seoul. LIE has shown, to critical acclaim, at the Paris Pret-a-Porter since 2002 with each collection building on the last using culturally iconic themes such as Hangul, typography, calligraphy and traditional patterns. His Hangul design has appeared on the catwalk since 2005, which led to his design of the LG Shine phone: ‘Designer’s Edition’. His 2009 A/W collection saw the Daily Telegraph announce that Lie was the “Alexander McQueen of Korea”. 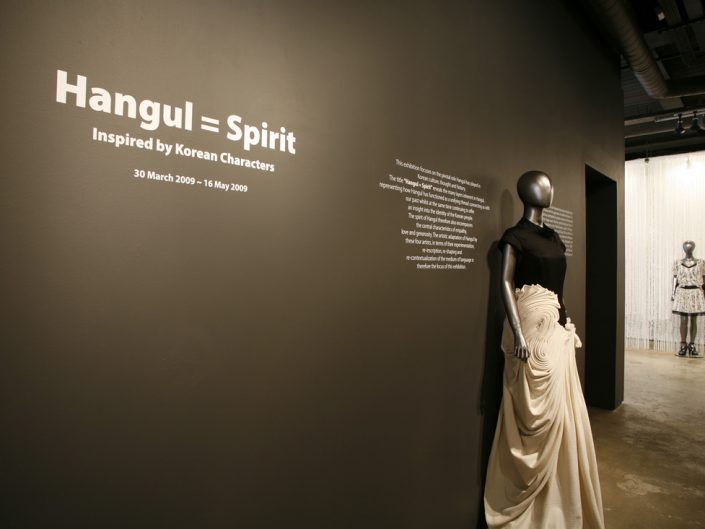 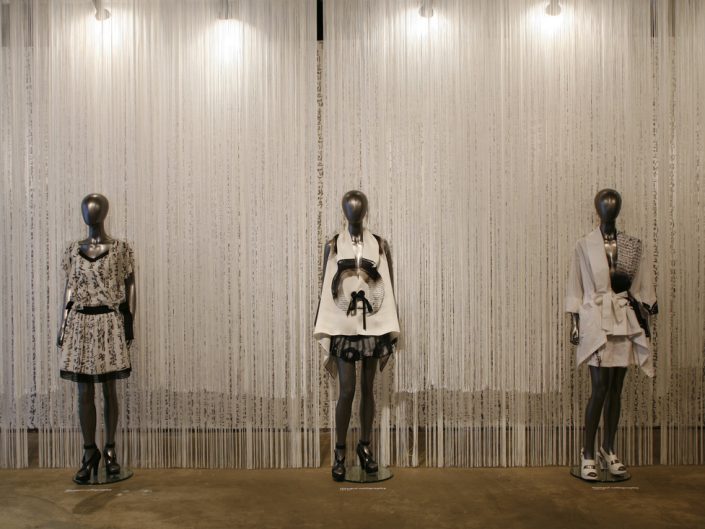 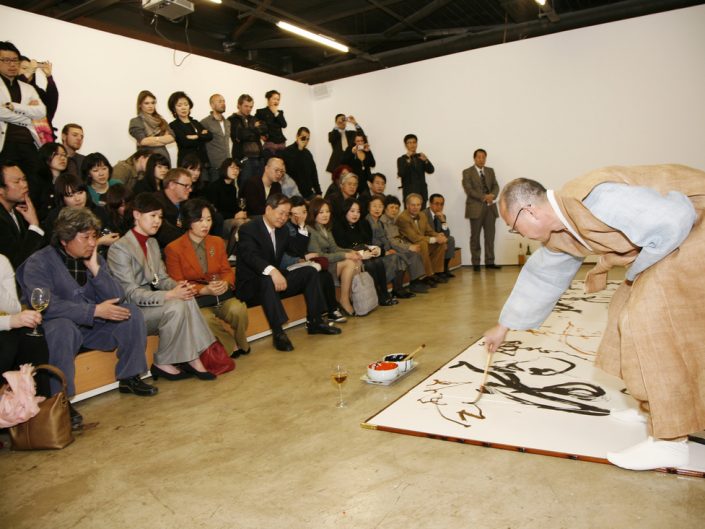 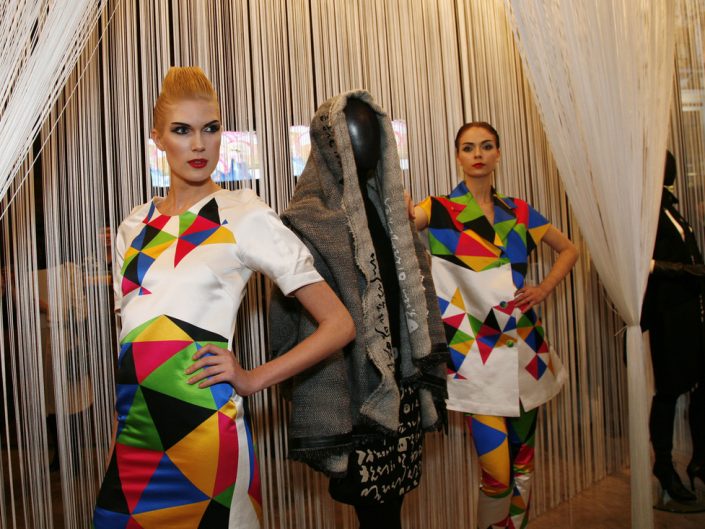 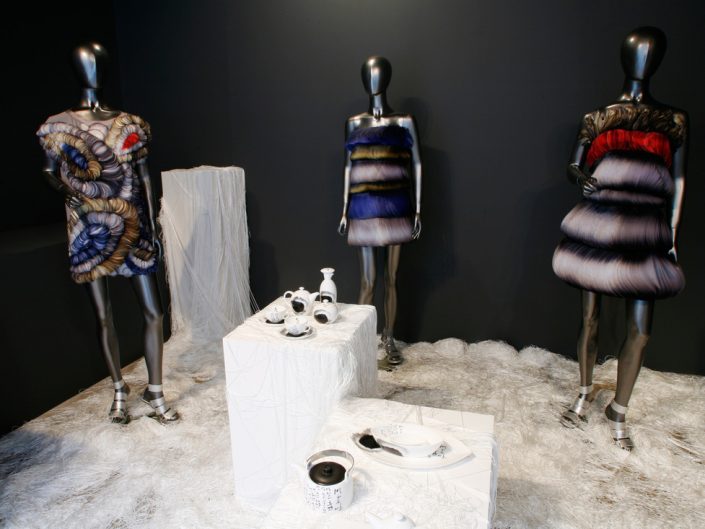 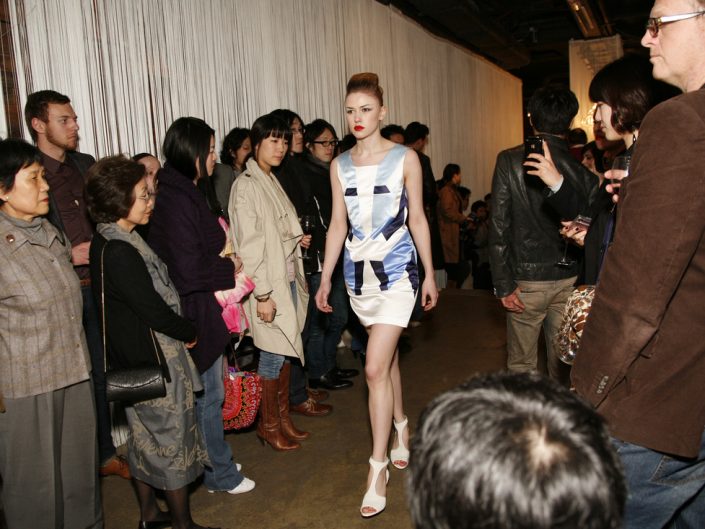