TBS eFM (101.3 MHz) is the first all-English radio station in Seoul, and “This Morning” is a current affairs program that airs live from 7:00-9:00 AM (GMT+9) five days a week. Stephanie Seungmin Kim is being interviewed

MC: So it’s already Friday and many people would have come back to Seoul from hometown visits and family gatherings. But if you are in the city, already in Seoul, Seoul Architecture Biennale 2017 is an interesting or inspiring place even to visit. It will make you wonder and ponder the city’s past, present and future. Especially Project Seoul Apparel will take you to less known location, Changsin-dong. The almost functions like a womb for Dongdaemun fashion mall. Although the textile industries declined, the artists are looking for the creative way to regenerate the area. Let’s bring in a curator Stephanie Seungmin Kim who is the associate Curator for Project Seoul Apparel, and thank you very much for speaking with us today.

Stephanie: Thank you so much for having me here.

MC: Can you first introduce Project Seoul Apparel in your words?

Stephanie: Sure! I like your expression the womb of the Dongdaemun market. Project Seoul Apparel is a collaborative live project and an exhibition. It forms a part of the Seoul Architecture and Urbanism. And I have curated with Isak Chung, an architect based in Korea. And this project was born out of the conversation to consider the future of production within the city, so it is a live project as it operates on a real site in Changsin-dong.

MC: Many even people of lived in the Seoul for many years might not be familiar with Changsin-dong. They would be familiar with clothes though, and they may wear the clothes that come out of that area. Um…, what’s so special about the district?

Stephanie: Changsin-dong is a district for numerous needlework artisans to produce garments predominantly for sale in nearby Dongdaemun fashion district. And basically seven participants together with the curator’s consideration of possible future of Changsin-dong, and came up with provokative solution that might resonate different responses and reactions. And as it said, I was fascinated by Changsin-dong, the network of garment making factories are interconnected. It was so centrally located, living and I thought it was very authentic. I was shocked to see that I have never known about this part of the town while they have been producing clothes in Dongdaemun fashion district since 1970s.

MC: Exactly. I’m surprised myself listening to you say that, but what’s the issue here? Why is it now in decline?

Stephanie: A lot of people who have come to Seoul to find jobs in 1960s, they used to operate workshops near Pyeonghwa textile district. But they began to move to this area in 1970s when the union activities among special workers nearby textile market caused the industry to be diverse. However, Changsin-dong where is close to Dongdaemun market is region that has become a very leading garment district. And Dongdaemun market is one of the largest garment fabric markets in Korea. It generates seven billion pounds of sales per year, and we can find the latest fashion here as well as all kinds of raw materials for fashion industry. However, a lot of people who work in Changsin-dong, they are very skilled and have lots of experiences. But they don’t have young people who will continue the job. Because young people find working in Chagsin-dong is bit shabby, and also it is under the threat of mass production from China and Vietnam and other countries. They are using mechnised cheap productions.

MC: Right. How can design and architecture help fundamentally?

Stephanie: Well, we thought very strongly Changsin-dong textile culture used to be considered carefully to be sustainable otherwise will be threat under the user gentrification as well as loose competitiveness to mass production. This is for design and architecture might have be thought by graving production routine to be expanded to embrace young designers first based in Seoul and possibly expanding its consumers to international designers who want less-mass produce but highly skilled productions. You might see Changsin-dong textile quarter is finding new young people coming in.

MC: You spoke before about provocative solutions. What do you mean by the provocative in this context?

Stephanie: Yes. We were hoping to have kind of creative solutions. We didn’t know what the result would be. One of the architects, Jieun Lee offered the factory prototype. I am giving you one of the example and all the several participants have the very different responses and results that came out of the conversations with the Changsin-dong workers by experiencing it. I can give you a one from the example of the participants from Korea and perhaps one from UK participants. Like Jieun Lee, she suggested a factory prototype that would allow the workers to collaborate with emerging fashion designers. So far, even though the emerging fashion designers want to work with Changsin-dong, they don’t know where to go because it’s all closed networks. The exhibition is in the institute. I urged to visit and climb up hilly Changsin-dong and see the exhibition. We have turned ex-factory space into a working small factories. Lee has made the space that could have this interaction possible. From the Façade, even it looked different the other factories but not too different. Seoyeon Cho, another architect who was participating in this show address this orderliness of this factory façade. He found the types of production and quality of works are not being well represented from the original exterior of the buildings. It’s all covered and doesn’t have the signs. So by adopting flexible multi-façade to improve the perceptions and functions. Overall outlook was closer to the chain of Changsin-dong market to be able have. These are the things that I illustrate for suggesting by the architects. We also had responses from fashion designers who were invited as a part of Korea Commoning Cities, which was a joint project, I can explain it bit latter.

MC: We are out of time. But it’s wonderful to have your introduction of Changsin-dong. The Changsin station is on line six which is few stops down from here. It is pretty accessible as well for those who are in central Seoul. Thank you so much for speaking with us. 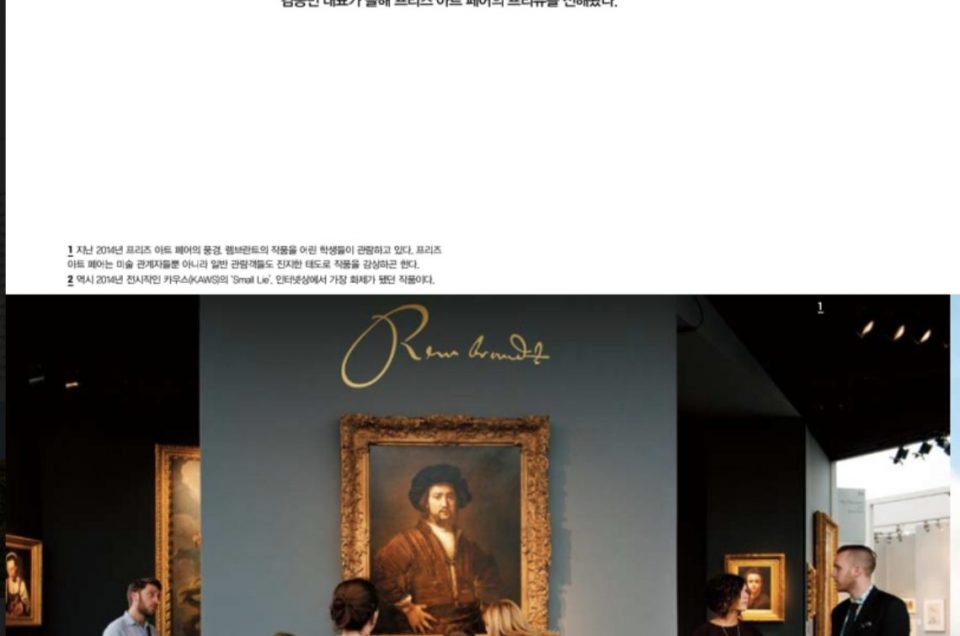